Yağmur Erten will be presenting the eighth MEME seminar this week

Can elephants and dinosaurs teach us about cancer? Join us this Thursday (11/02) at 1pm EST for the eighth round of the MEME seminar! 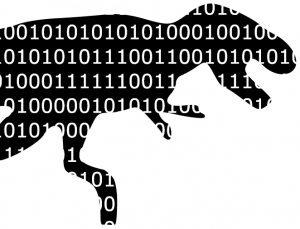 @yagmur_erten will talk about life history evolution under cancer risk
Link: https://mcgill.zoom.us/j/8993798210
Duration: 30min with Q&A after
Abstract:
Cancer is a risk all multicellular organisms face: each cell division comes with a probability of mutations that can eventually cause cancer. Yet some species like elephants achieve long lifespans and large body sizes even though they need more cell divisions (Peto’s paradox), possibly thanks to their high cancer defences. How do organisms attain their mature sizes without succumbing to cancer? Can cancer risk constrain body size evolution? What happens when large-bodied lineages like dinosaurs shrink in size? In this presentation, I will talk about life history evolution under cancer risk, challenges of growing a large body, and how evolutionary lags might explain cancer-robustness in birds.
. 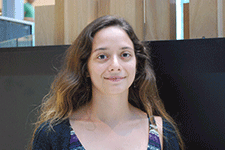 Originally from Turkey, she did her undergraduate in Molecular Biology & Genetics at Istanbul Technical University and studied at the University of Strasbourg before joining the 2013-2015 MEME cohort. After working at the University of Sydney in Australia, she began (and recently finished) her Ph.D. in the Department of Evolutionary Biology and Environmental Studies at the University of Zurich in Switzerland where she is currently a postdoctoral researcher. Yağmur has worked on a variety of topics like modeling of epidemiology and cultural evolution. Her Ph.D. and current postdoc research focuses on cancer, which is what she will be presenting on in her seminar. Follow  Yağmur on Twitter (https://twitter.com/yagmur_erten) and Google Scholar (https://scholar.google.com/citations?user=jsYYag4AAAAJ).

MEME alumni Mehdi Khadraoui (cohort 2015) is second author on an article published in Behavioural Ecology last month. The article, titled “Plumage color manipulation has no effect on social dominance or fitness in zebra finches“, includes the research results obtained by Khadraoui during his second semester project at Ludwig Maximilians University of Munich.

MEME students Camille Simonet, Raphael Scherrer and Artur Rego Costa (cohort 2015) have collaborated to publish an article in the Journal of Evolutionary Biology. The article, titled “Robustness of the approximate likelihood of the protracted speciation model” was completed after their independent research projects at the University of Groningen, under supervision of Prof. Rampal Etienne.

The MEME programme congratulates MEME graduate Ana Lozano del Campo (cohort 2014), who has had great success at the European Athletics Indoor Championships 2017 on 3 March 2017. With a personal record, Ana placed sixth in the 3000 metres for women. 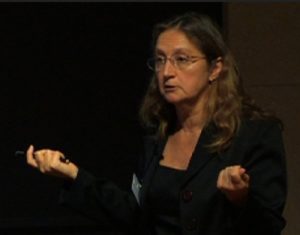 After a long period of illness Professor Isabelle Olivieri, University of Montpellier, passed away on 10 December 2016. Isabelle was a co-founder of the MEME-programme and instrumental for its implementation and success. It is with great sadness we send our thoughts to those closest to her. We co-founders remember her with great joy as dear friend and excellent colleague.

2nd Year MEME student Charles Xu (cohort 2014) has attracted a lot of media attention with his first-author article that was recently published in Plos ONE: “Spider Web DNA: A New Spin on Noninvasive Genetics of Predator and Prey” (Xu et al., PLOS One, 2015, DOI: 10.1371/journal.pone.0142503). In this paper the authors describe a novel method to extract insect and spider DNA from spider webs. His publication was featured at CBSnews.com and The Scientist and several other online journals.

During his first year as a MEME student, Luohao Xu (MEME cohort 2014-2016) did a 5 month project at Uppsala University in the lab of Professor Hans Ellegren. We congratulate him with their resulting publication in the journal Molecular Biology and Evolution, titled: “Quantitative mass spectrometry reveals partial translational regulation for dosage compensation in chicken” (Uebbing et al., Mol Biol Evol, 2015, doi: 10.1093/molbev/msv147).